This blog post is taken from my book Golden Nuggets, and it’s a great reminder to Finish the Race.

During the 1968 Olympics, John Stephen Akhwari of Tanzania injured his right leg while running the Marathon.

Despite the pain, he continued to run, and when he finally hobbled into the stadium, the race had been over for more than an hour and only a few hundred spectators were still in the stands.

When Akhwari finally stumbled across the finish line, the crowd roared as though he had just won the race.

When he was later asked why he continued to run, (even though he was in such pain and knew that he couldn’t win), he answered…

We all have things that we start.

We all face obstacles and difficulties.

The reward is at the Finish Line, so Don’t Quit!

What you become is more valuable than any prize that you receive. 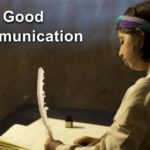