Robert A Laidlaw tells a story which he referred to as an allegory, so I don’t know if the story is real; but the story’s changed my life and as a result, I now spend more time in prayer.

There was a local company in town that employed about 500 men, and it had an excellent canteen and lounging room.

Each day, after lunch, the men had developed an informal open forum where, for the balance of their lunch period, they’d discuss topics of general interest.

One day their discussion centered on Christianity and hypocrisy.

Some very harsh and cruel things were said about Christians, and one of the folks present was a Christian fellow named Bill James.

When Bill could stand it no longer, he rose to his feet and said, “Men, you’ve been saying some very hard things about Christians.

Now I admit that there are hypocrites in the church, but I also want you to know that there are many sincere Christians, and I myself very humbly claim to sincerely believe in Jesus Christ as my personal Lord and Savior.”

He was about to sit down when a man said, “Just a minute, Bill. I would like you to answer some questions.

I take it from what you have said that you believe the Bible to be the Word of God?”

Bill replied, ”I certainly do – I believe it from cover to cover.”

The man then asked, ”Then, do you believe that all men who don’t know Jesus are lost and on their way to outer darkness?”

And so the dialogue proceeded:

Question: “Do you think most of us men don’t know Jesus, and are therefore lost?”

Bill: “Yes, boys, I am very sorry indeed to say I do believe that.”

Question: “Do you believe in the power of prayer?”

Bill: “Yes, I have had many of my prayers answered in the past.”

Question: “And Bill, how long have you worked here with us?”

Question: “How often in that period have you spent a night in prayer for our lost souls?”

Bill’s head didn’t seem quite so high as he replied, “I am sorry boys, but I can’t say that I’ve ever spent a night in prayer for you.”

Question: “Well, Bill, how often have you spent half a night in prayer for us, say from 8:00 PM to Midnight?”

Bill (whose head was going lower): “I am sorry, but I can’t say that I’ve ever spent half a night in prayer for you.”

Question: “Well Bill, let me ask you this, and we’ll take your word for it… if you were to add together all the time that you’ve spent in prayer for us during this last week, how much would it all add up to?”

Bill: “I’m sorry, fellows, but I can’t say that I’ve spent any time in prayer for you this last week.”

Questioner: “Well, Bill, that’s just the kind of hypocrisy we’ve been talking about.”

And folks, I find this story to be convicting, because I don’t pray as much as I should… but I’m working on it.

There are even times when I tell someone that I’ll pray for them, and then, I forget to do so.

I don’t want to be a hypocritical Christian – I want to be one who practices what I preach.

I’m not as faithful as I should be, but by the grace of God, I’m still growing, and I ask you to pray for me because James 5:16 (NIV) tells me that if I confess my sins to you, and if you pray for me, then God will hear, because the prayer of a righteous person is powerful and effective. 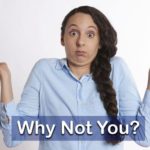 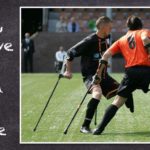 God, Forgive Me When I Whine